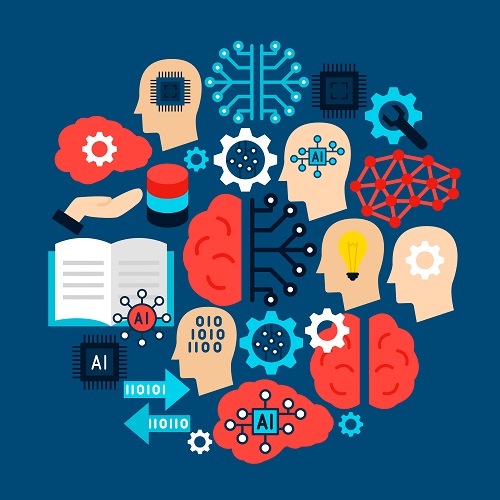 The foundation of most data science algorithms, linear regression is a statistical method for understanding how multiple variables impact a dependent variable. While there are many techniques for using linear regression, one way to think about it is as a way of projecting an outcome that takes into account all possible predictors. For example, let’s say you were trying to predict how much money you would make next year at your current job; we could look at your salary, experience level and company size and run linear regression on that data. In other words, even if you don’t have any hard data—like if your income last year was $0 because you just started working or still had student loans—you can use linear regression to project what you might expect in 2022 if every factor remains constant.

Despite what you may have heard, machine learning isn’t just for complex math geeks. In fact, you don’t need any background in stats or algorithms at all to take advantage of machine learning tools—just a little bit of time and some coding know-how. The good news is that you already have a good foundation: Computer programming teaches us how to break down problems into smaller pieces (what variables are important? how do I represent them?), which is exactly what machine learning does. This post from Raizlabs covers how you can use Naive Bayes, one of the simplest algorithm structures out there. That said, it works great for analyzing large data sets and building decision support systems! It could also be used to help determine buyer intent based on marketing campaign performance. Say we created landing pages as part of an email marketing strategy; we could analyze what features were most popular with visitors and adjust our content accordingly.

An unsupervised machine learning algorithm that groups items into categories based on their proximity. Clustering is one of several analytical algorithms used in data science, though it’s perhaps most closely linked with unsupervised learning. K-means clustering takes its name from a specific form of iterative algorithm that works as follows: First, you specify some number (k) for clusters or groupings of data; you then select random points within that range and compute distances between them. Then, those points are grouped by proximity. The process repeats itself until all resulting clusters are relatively similar in terms of distance from each other—in which case your analysis is complete. It sounds complicated, but visualization tools can help you conceptualize things more easily when dealing with large datasets. In fact, k-means clustering is often used for marketing purposes; think targeted advertising here. Why go through all of these steps? With enough data points analyzed using k-means clustering, companies can identify key trends or patterns and make strategic business decisions accordingly. In addition to retail and industry use cases, k-means could be leveraged as part of election forecasting or even astrophysics research . . . if you’ve got lots of data available! It might not be quite as fun as playing with lasers or quarks, but fun isn’t necessarily what we’re going for here anyway.

This algorithm is used in a variety of fields, including machine learning, statistics and bioinformatics. Its applications are diverse but include clustering (the grouping of data into clusters based on similarity) and classification (the identification of patterns in new data that match previously observed patterns). In machine learning, K-Nearest Neighbors is commonly used for numerical prediction tasks. It can also be applied to non-numerical prediction tasks, like predicting a categorical outcome based on past data. K-Nearest Neighbors predicts an output value for a given input by comparing it with existing training sets; it then assigns an output value based on its similarities with one or more members of those sets. That’s where neighbor comes from — there are several neighbors assigned to each data point. And for the number of neighbors? Five seems to be about as good as any other number. As you might imagine, choosing effective neighbors is crucial for accurate results with K-Nearest Neighbors — after all, if your five neighbors aren’t representative of your overall dataset, how will you get accurate predictions? To minimize bias and increase accuracy, you’ll want a good mix of different types of data points: outliers vs. average values; high vs. low values; etc.

There are many data science algorithms available for analyzing data and discovering patterns. Support Vector Machines, or SVMs, are one of those algorithms. Developed in 1992 by Vladimir Vapnik and Alexey Chervonenkis, SVMs analyze data by identifying patterns between examples. These models can be applied in numerous industries, including finance and medicine. With more than a million Google searches per month related to SVM, there’s no denying they’re a popular algorithm used by data scientists across various industries. The potential uses for these algorithms are vast; however, most commonly found applications include classifying customer transactions as either fraud or legitimate transactions, classifying consumer segments and labeling sentiment. The infographic below provides an excellent visual representation of how SVMs work.

PCA is a data mining technique used to summarize datasets. The algorithm can identify patterns and trends in large datasets and group similar records together, essentially reducing a big dataset into smaller more manageable pieces. PCA can also be used for dimensionality reduction, which essentially transforms a high-dimensional dataset (e.g., thousands of attributes) into one or two dimensions; in short, PCA helps extract as much information as possible from your data set. Keep in mind that PCA works best when working with numerical data; it struggles with categorical information (e.g., numbers versus letters). PCA is generally used during exploratory analysis to identify patterns within a large dataset. Binary/Logistic Regression: Logistic regression is widely considered one of most popular algorithms used in predictive modeling. It’s widely applied because it deals well with both continuous and categorical variables, meaning it fits naturally into both predictive modeling problems like estimating revenue based on product attributes as well as text categorization problems like detecting whether an email message is spam or not spam. Linear regression assumes a linear relationship between dependent variables and independent variables but logistic regression assumes there’s no such relationship between input variables (independent) and output variable (dependent). In layman’s terms, logistic regression relies on statistics while linear regression relies on math. That said, you do need some base level knowledge of statistics to effectively use logistic regression since it tends to rely on weighting certain inputs over others and understanding how that impacts its predictions. K-Means Clustering: This algorithm identifies clusters (or groups) of similar objects using some pre-specified measure of similarity. Think back to middle school geometry class where you learned about vectors—that’s all clustering is! K means clustering assumes each cluster has a centroid point at its center along with a radius describing how far other points must be from that center point so they may still belong to its cluster. Once clusters are identified, further exploration can help identify what makes up those clusters so you may build new features for model development later on.

This algorithm allows us to tackle high-dimensional data sets and transform them into much more comprehensible 2D or 3D representations. SVD is key for unsupervised machine learning because it turns big piles of messy data into smaller, digestible pieces. The technique is an important tool in natural language processing—transforming a sentence into a numerical representation that helps computers better interpret grammar and meaning. For example, we can use SVD as part of a natural language processing pipeline that analyzes and classifies text. We begin by splitting sentences up by word (tokens), making each word its own row and adding a column that represents every unique combination of words in each sentence. Then, using singular value decomposition, we project our sentences onto two axes: one that represents sentiment and one that represents subjectivity. From there, other algorithms (e.g., linear regression) will help us identify patterns among certain combinations of words or sentiment signatures over time to uncover insights about customer needs and preferences.

Trees are one of data science’s most important algorithms. They help make predictions based on known variables, and break down complex choices into simpler ones. Decision trees can make certain tasks incredibly easy. For example, a decision tree makes it simple to find an optimal route through a city. To make a decision tree, you must identify your choices and outcomes. You ask What will happen if I choose A or B? If I choose A, what happens next? If I choose B? Answering these questions creates branches that get smaller as you learn more about each outcome. Then, once you’ve chosen a path, check out how well your model works! If possible, test using real data; otherwise try using randomized samples. Use statistics like root mean squared error (RMSE) to measure how well you did. RMSE tells you how close your results were to expectations – in other words, how accurate they were. It’s expressed in units of distance – such as kilometers per hour or meters per day – where lower numbers mean better results.

One of my favorite machine learning algorithms, random forest is an ensemble learning technique where a large group of decision trees are trained on different subsets of your data and then are combined into one final model. Random forests can handle missing data better than some other algorithms (particularly important when you’re working with messy unstructured data) and do a great job at reducing bias in results. The concept is similar to bagging methods in statistics (though not exactly identical). If you want to go further down the rabbit hole, here’s a helpful random forest primer from WIRED that goes into more detail. I’d suggest checking it out if you like what you see here but don’t know quite enough yet to decide if random forest is right for your business needs. This algorithm excels in prediction tasks that involve both numerical and categorical variables and makes particular sense when there are relationships between attributes. It also works well if there’s lots of variable noise or outliers present in training data because individual instances can be weighted as they’re added to ensemble models during training/honing. Finally, it performs very well at improving accuracy metrics even after pruning has been performed on features already: There’s no need to always have every feature available!