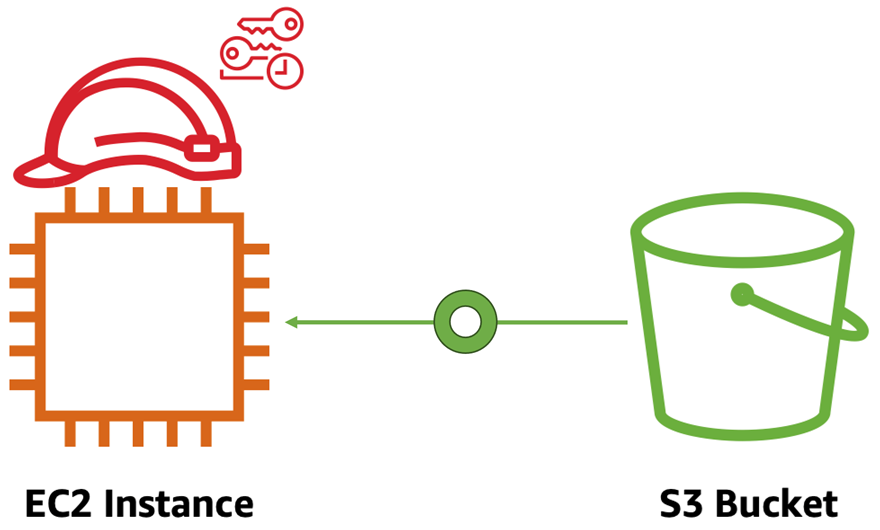 What is Amazon S3?

Amazon S3 (Simple Storage Service) is an object storage service that offers industry-leading scalability, data availability, security, and performance. This means, S3 enables customers to store and retrieve any amount of data, at any time, from anywhere on the web. It is designed to make web-scale computing easier for developers.

Amazon S3 provides a simple web services interface that can be used to store and retrieve any amount of data, at any time, from anywhere on the web. It gives any developer access to the same highly scalable, reliable, fast, inexpensive data storage infrastructure that Amazon uses to run its own global network of web sites.

S3 is designed for durability of 99.999999999% of objects, which means that Amazon will automatically create and store multiple copies of customer data across different facilities and devices. This ensures that customer data is always available, even in the event of hardware failure or other disasters.

S3 allows users to store and retrieve data in the form of objects, which consist of a file and optionally any metadata that describes that file. Objects are organized into buckets, which are similar to a directory or folder in a file system. S3 uses a flat namespace, meaning that all objects are stored in a single bucket with no hierarchy.

S3 is widely used for storing and retrieving large files such as images, videos, backups, logs, backups, and more. Additionally, it can also be used as a backend data store for various applications, and it also integrates with many other AWS services.

Amazon S3 is a highly scalable, reliable, and low-latency data storage infrastructure at very low costs. It is a core building block of many AWS services, such as Elastic MapReduce (EMR) and Elastic Block Store (EBS).

Amazon Elastic Compute Cloud (EC2) is a web service that provides resizable compute capacity in the cloud. It is a part of Amazon Web Services (AWS) and allows users to rent virtual computers on which to run their own computer applications.

EC2 enables users to launch virtual machines (VMs), called instances, with a variety of operating systems, including Linux, Windows, and others. Each instance is a virtualized version of a physical computer, with its own CPU, memory, storage, and network interface. This allows users to run their own applications on top of the infrastructure provided by AWS.

EC2 instances can be launched with various configurations, such as different types of CPU and memory, and can be resized as needed. Users can also select the availability zone in which to launch the instances, which can affect the performance and cost of running the instances.

EC2 instances can be launched and terminated as needed, which allows users to pay only for the compute resources they actually use. This is known as pay-as-you-go pricing, which is a common pricing model for cloud services.

EC2 instances can also be configured with various storage options, such as Elastic Block Store (EBS) or instance store, and can be used in conjunction with other AWS services, such as Amazon S3, Amazon RDS, and Amazon Elastic Load Balancing.

This command uses the aws s3 cp command, which is a part of the AWS Command Line Interface (CLI). The s3:// prefix specifies that the source file is located in an S3 bucket. The cp command is used to copy files, and the first argument after cp is the source file (in this case, the file in the S3 bucket), and the second argument is the destination (in this case, the current working directory on your local machine).

It is important to note that in order to use this command, you should have installed and configured the AWS CLI and you should have the necessary permissions to access the S3 bucket.

To upload data to an Amazon S3 bucket, you can use the aws s3 cp command. The cp command is used to copy files, and the first argument after cp is the source file, and the second argument is the destination (in this case, the S3 bucket).

If you have any questions or need help getting started, please let me know . I would be more than happy to assist you.